Symmetry and the Fourth Dimension (Part 11)

This is my favorite 2d view of a 4-dimensional cube, because it’s the most symmetrical. The 4 dimensions are depicted as going north, east, northeast and northwest.

Puzzle: count the cubes in this picture.

The cubes are a bit distorted, of course: they have to be because we’re squashing 4 dimensions down to 2! But they’re not very distorted.

If we like, we can draw a 2d perspective picture of a 4-cube that’s so vivid it really looks 3-dimensional. There are lots of ways to do this. One clever way is to make the fourth dimension point inwards, towards the center:

This was drawn using Robert Webb’s Stella software, perhaps by Webb himself. I like the steel rods and brass balls.

On Wikicommons, someone who goes by the name “Maninthemasterplan” took another approach:

Cross your eyes so the two images overlap. If you get them to lie perfectly on top of each other, they’ll lock in place and you’ll see a 4-cube in 3d. This is called a stereogram.

Personally I don’t find this very helpful for understanding the 4-cube. Crossing my eyes and looking at this 3d image puts me into an altered state of mind which is fun but not good for doing mathematics!

We can also take a 3d perspective picture and set it rotating to make a movie, as Jason Hise did here:

But this is probably worth a discussion all its own! So, next time I’ll talk more about rotations in 4d.

Hinton and the tesseract

The 4-dimensional cube has many names. I’ll call it the 4-cube since this is short and generalizes to higher dimensions. But it’s also called a 4-dimensional hypercube or simply a hypercube—as well as an 8-cell or regular octachoron, for some reason.

When I was growing up, science fiction writers of a certain ilk called the 4-cube a tesseract. That name still persists in some quarters, though not among mathematicians. The term ‘tesseract’ has an interesting origin. It’s from a rarely used prefix tessara- meaning ‘four’ and the Ancient Greek word ἀκτίς meaning ‘ray’ (as in the element ‘actinium’). So, the term means ‘four rays’, and it comes from the fact that there are 4 edges coming out of each vertex of the tesseract.

But that’s not the interesting part. What’s interesting is that is was coined in 1888 by Charles Howard Hinton, in a book called A New Era of Thought, which espoused some curious ideas about the spiritual benefits of visualizing 4-dimensional geometry. In his later book The Fourth Dimension, he developed a system of colored cubes to help people do this.

Rumors subsequently arose that these cubes had driven more than one person insane. The only substance to this that I can find is this letter appearing in Martin Gardner’s column after he wrote about Hinton:

A shudder ran down my spine when I read your reference to Hinton’s cubes. I nearly got hooked on them myself in the nineteen-twenties. Please believe me when I say that they are completely mind-destroying. The only person I ever met who had worked with them seriously was Francis Sedlak, a Czech neo-Hegelian Philosopher (he wrote a book called The Creation of Heaven and Earth) who lived in an Oneida-like community near Stroud, in Gloucestershire.

As you must know, the technique consists essentially in the sequential visualizing of the adjoint internal faces of the poly-colored unit cubes making up the larger cube. It is not difficult to acquire considerable facility in this, but the process is one of autohypnosis and, after a while, the sequences begin to parade themselves through one’s mind of their own accord. This is pleasurable, in a way, and it was not until I went to see Sedlak in 1929 that I realized the dangers of setting up an autonomous process in one’s own brain. For the record, the way out is to establish consciously a countersystem differing from the first in that the core cube shows different colored faces, but withdrawal is slow and I wouldn’t recommend anyone to play around with the cubes at all.

In 1880 Hinton married Mary Ellen Boole, daughter of the famous logician. Her sister Alicia Boole Stott became an expert on 4-dimensional geometry, and we will meet her later in this series! But Hinton also married another woman, perhaps because his father was advocated of polygamy. He was convicted of bigamy and spent 3 days in prison for it. Not very long, but he also lost his job.

He later sailed to America, joined the mathematics faculty at Princeton, and developed a gunpowder-powered baseball pitching machine for the team there! If you don’t believe me, read this old article:

Prof. Charles Howard Hinton, who holds the chair of mathematics at Princeton University, explained last night to members of the Princeton Club of this city the baseball gun which he has invented. About 300 Princeton men were present and manifested great interest in the operation of the machine.

It was actually able to throw curve-balls!

I’ve read claims that Hinton later resigned from Princeton due to injuries caused by this device. However, he re-introduced the machine at the University of Minnesota, where he worked as an assistant professor until 1900. He then resigned to move to the U.S. Naval Observatory in Washington, D.C.. (Why? More injured baseball players?) Near the end of his life, he worked as an examiner of chemical patents for the United States Patent Office. He died of a cerebral hemorrhage in 1907, at the age of 54. 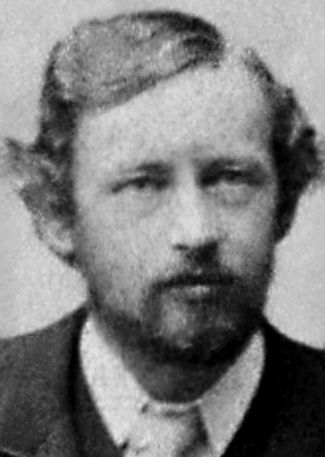 For more on Hinton and his cubes see:

For a guide to making the cubes, see:

Apparently these are based on color plates from Hinton’s book The Fourth Dimension. This book is reproduced in black and white here:

but a modern edition including the color plates is freely available here:

• Charles Howard Hinton, The Fourth Dimension, to which is added The Language of Space, Celephaïs Press, 2004.

This entry was posted on Friday, June 21st, 2013 at 10:45 pm and is filed under mathematics. You can follow any responses to this entry through the RSS 2.0 feed. You can leave a response, or trackback from your own site.

23 Responses to Symmetry and the Fourth Dimension (Part 11)