I just learned about the Salar de Uyuni: the world’s largest salt flat, located in southwest Bolivia. It’s about 10,000 square kilometers in area!

It’s high up, near the crest of the Andes, 3,600 meters above sea level. Once there were permanent lakes here, but no more. This area is a transition zone: the eastern part gets rain in the summer, but clouds never make it past the western part, near the border with Chile. Further west comes the the famously dry Atacama Desert.

The Salar de Uyuni is high, but still it lives up to the name ‘salt flat’: its salt crust varies in height by less than one meter over the entire area. It’s so flat that people use it for testing equipment that measures altitudes.

Why is it so flat? Because the dry crust covers a huge pool of brine that is still liquid! This brine is a saturated solution of sodium chloride, lithium chloride and magnesium chloride in water. As a result, Salar de Uyuni contains over half of the world’s lithium reserves!

And when it’s wet, three different types of flamingos visit the Salar: the Chilean flamingo, the rare Andean flamingo, and the closely related but even rarer James flamingo, which for a while was thought to be extinct! 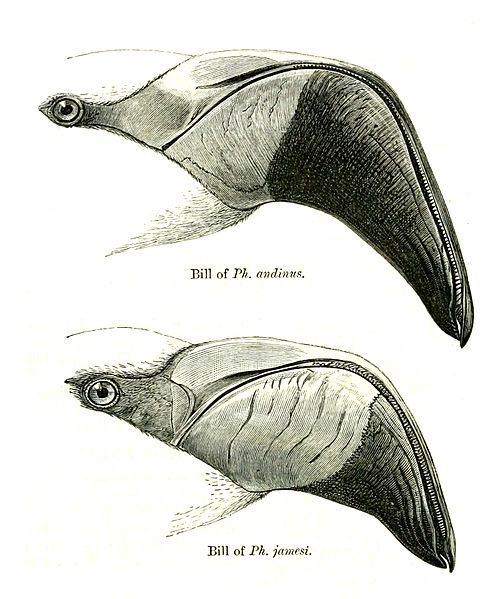 Flamingos eat algae that grow in the brine. This is why they’re pink! Newly hatched flamingos are gray or white. Their feathers become pink only thanks to carotene which they get from algae—or from crustaceans that in turn eat algae. Animals are not able to synthesize these molecules!

Carotene comes in different forms, but here is one of the most
common: β-carotene. I like it because it’s perfectly symmetrical. It has a long chain of carbons with alternating single and double bonds. Electrons vibrating along this chain absorb blue light. So carotene has the opposite color: orange!

It’s not just flamingos that need carotene or related compounds. Humans need a chemical called retinal in order to see:

It looks roughly like half a carotene molecule—and like
carotene, it’s good at absorbing light. Attached to a larger protein molecule called an opsin, retinal acts like a kind of antenna, catching particles of light. Humans can’t produce retinal without help from the foods we eat. Any chemical we can use to produce retinal is called ‘vitamin A’. So vitamin A isn’t one specific chemical: it’s a group. But beta carotene counts as a form of vitamin A.

Speaking of humans: people sometimes come to have fun in the Salar de Uyuni. There are hotels made of salt! And thanks to the featureless expanse of salt, you can take some amusing trick pictures:

Click on the pictures to find out more about them. For more on the Salar de Uyuni, try:

Puzzle: What kinds of algae, and other organisms, live in the brine of the Salar de Uyuni when it rains? How do they survive when it dries out? There must be some very interesting adaptations going on.

This entry was posted on Friday, January 22nd, 2016 at 1:00 am and is filed under geography. You can follow any responses to this entry through the RSS 2.0 feed. You can leave a response, or trackback from your own site.