These are strange days in the energy business. Startling headlines are emerging from the sector that would have seemed impossible just a few years ago.

The Dubai Electricity and Water Authority said in May it had received bids to develop solar power projects that would deliver electricity costing less than three cents per kilowatt hour. This established a new worldwide low for the contracted cost of delivering solar power to the grid—and is priced well below the benchmark of what the emirate and other countries typically pay for electricity from coal-fired stations.

In the UK, renowned for its miserable overcast weather, solar panels contributed more power to the grid than coal plants for the month of May.

In energy-hungry Los Angeles, the electricity company AES is installing the world’s largest battery, with capacity to power hundreds of thousands of homes at times of high demand, replacing gas-fired plants which are often used at short notice to increase supply to the grid.

Trina Solar, the Chinese company that is the world’s largest solar panel manufacturer, said it had started selling in 20 new markets last year, from Poland to Mauritius and Nepal to Uruguay.

Some new energy technologies, meanwhile, are not making much progress, such as the development of power plants that capture and store the carbon dioxide they produce. It is commonly assumed among policymakers that carbon capture has become essential if humankind is to enjoy the benefits of fossil fuels while avoiding their polluting effects.

It is clear, too, that the growth of renewables and other low-carbon energy sources will not follow a straight line. Investment in “clean” energy has been faltering this year after hitting a record in 2015, according to Bloomberg New Energy Finance. For the first half of 2016, it is down 23 per cent from the equivalent period last year.

Even so, the elements are being put in place for what could be a quite sudden and far-reaching energy transition, which could be triggered by an unexpected and sustained surge in oil prices. If China or India were to make large-scale policy commitments to electric vehicles, they would have a dramatic impact on the outlook for oil demand.

I’m also interested in Elon Musk’s Gigafactory: a lithium-ion battery factory in Nevada with a projected capacity of 50 gigawatt-hours/year of battery packs in 2018, ultimately ramping up to 150 GWh/yr. These battery packs are mainly designed for Musk’s electric car company, Tesla.

So far, Tesla is having trouble making lots of cars: its Fremont, California plant theoretically has the capacity to make 500,000 cars per year, but last year it only built 50,000. For some of the reasons, see this:

• Matthew Debord, Tesla has to overcome a major problem for its massive new Gigafactory to succeed, Singapore Business Insider, 1 August 2016.

Basically, it’s hard to make cars as efficiently as traditional auto companies have learned to do, and as long as people don’t buy many electric cars, it’s hard to get better quickly.

Still, Musk has big dreams for his Gigafactory, which I can only applaud. Here’s what it should look like when it’s done: 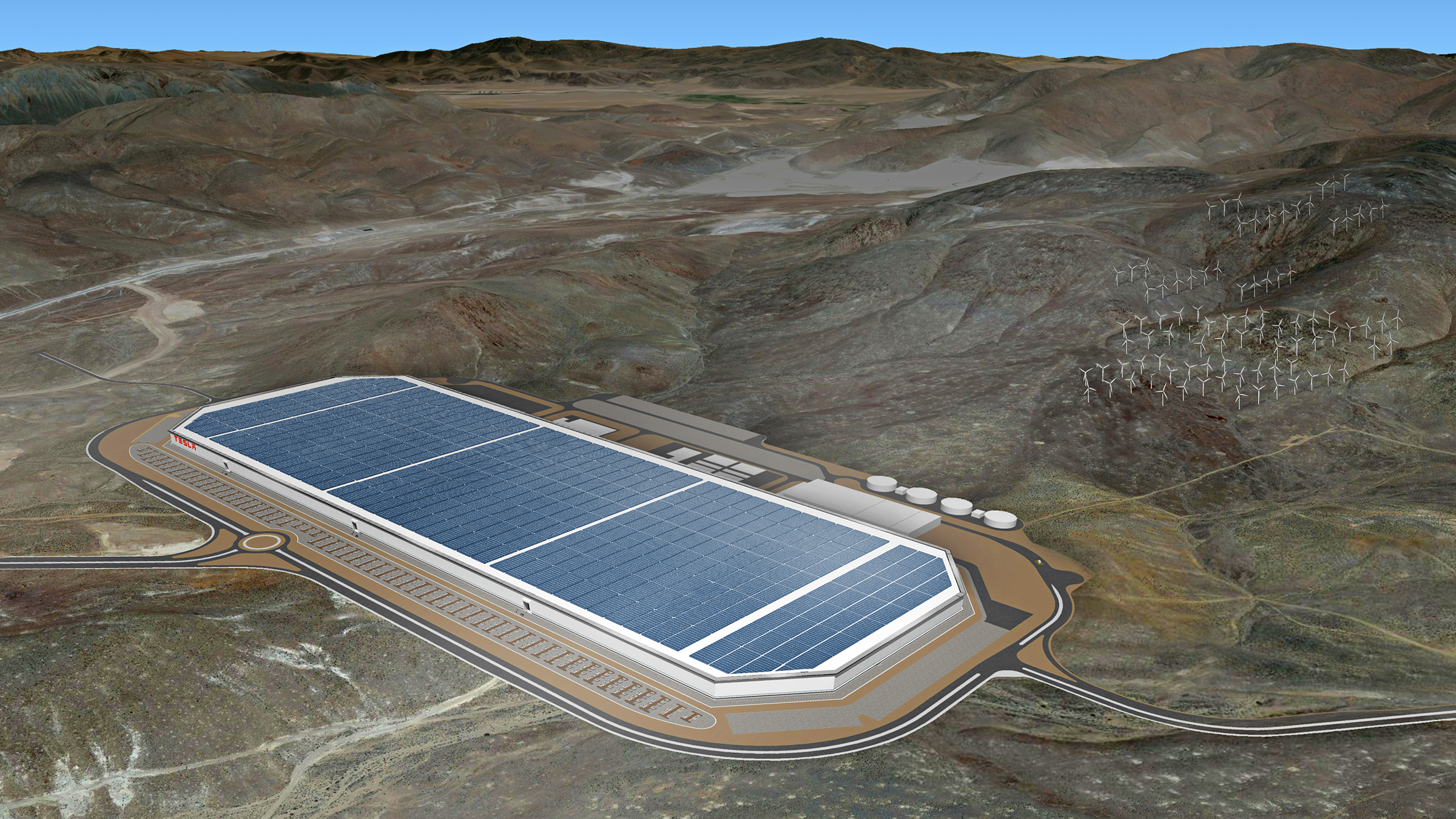 This entry was posted on Monday, August 1st, 2016 at 4:53 am and is filed under energy, sustainability. You can follow any responses to this entry through the RSS 2.0 feed. You can leave a response, or trackback from your own site.