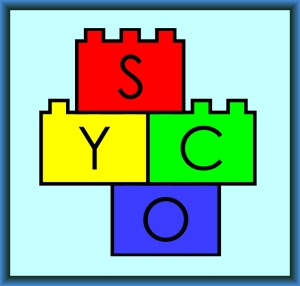 There’s yet another conference in this fast-paced series, and this time it’s in Southern California!

We welcome submissions from researchers across computer science, mathematics, physics, philosophy, and beyond, with the aim of fostering friendly discussion, disseminating new ideas, and spreading knowledge between fields. Submission is encouraged for both mature research and work in progress, and by both established academics and junior researchers, including students.

Submission is easy, with no format requirements or page restrictions. The meeting does not have proceedings, so work can be submitted even if it has been submitted or published elsewhere. Think creatively—you could submit a recent paper, or notes on work in progress, or even a recent Masters or PhD thesis.

While no list of topics could be exhaustive, SYCO welcomes submissions
with a compositional focus related to any of the following areas, in
particular from the perspective of category theory:

• tools and techniques, including rewriting, formal proofs and proof assistants, and game theory;

SYCO will be a regular fixture in the academic calendar, running regularly throughout the year, and becoming over time a recognized venue for presentation and discussion of results in an informal and friendly atmosphere. To help create this community, and to avoid the need to make difficult choices between strong submissions, in the event that more good-quality submissions are received than can be accommodated in the timetable, the programme committee may choose to
defer some submissions to a future meeting, rather than reject them. This would be done based largely on submission order, giving an incentive for early submission, but would also take into account other requirements, such as ensuring a broad scientific programme. Deferred submissions can be re-submitted to any future SYCO meeting, where they would not need peer review, and where they would be prioritised for inclusion in the programme. This will allow us to ensure that speakers have enough time to present their ideas, without creating an unnecessarily competitive reviewing process. Meetings will be held sufficiently frequently to avoid a backlog of deferred papers.

Submission is by EasyChair, via the following link:

Submissions should present research results in sufficient detail to allow them to be properly considered by members of the programme committee, who will assess papers with regards to significance, clarity, correctness, and scope. We encourage the submission of work in progress, as well as mature results. There are no proceedings, so work can be submitted even if it has been previously published, or has been submitted for consideration elsewhere. There is no specific formatting requirement, and no page limit, although for long submissions authors should understand that reviewers may not be able to read the entire document in detail.

This entry was posted on Monday, April 8th, 2019 at 1:00 am and is filed under conferences, mathematics. You can follow any responses to this entry through the RSS 2.0 feed. You can leave a response, or trackback from your own site.

One Response to Symposium on Compositional Structures 4