About 1/3 of the meteorites hitting Earth today come from one source: the L chondrite parent body, an asteroid 100–150 kilometers across that was smashed in an impact 468 million years ago. This was biggest asteroid collision in the last 3 billion years!

A chondrite is a stony, non-metallic meteorite that was formed form small grains of dust present in the early Solar System. They are the most common kind of meteorite—and the three most common kinds, each with its own somewhat different chemical composition, seem to come from different asteroids.

L chondrites are named that because they are low in iron. Compared to other chondrites, a lot of L chondrites have been heavily shocked—evidence that their parent body was catastrophically disrupted by a large impact.

It seems that roughly 500,000 years after this event, lots of meteorites started hitting Earth: this is called the Ordovician meteor event. Big craters from that event still dot the Earth! Here are some in North America:

Number 3 is the Rock Elm Disturbance, created when a rock roughly 170 meters in diameter slammed into what’s now Wisconsin:

It doesn’t look like much now, but imagine what it must have been like! The crater is about 6 kilometers across. It features intensely fractured quartz grain and a faulted rim.

It seems these big L-chondrite meteors hit the Earth roughly in a line: 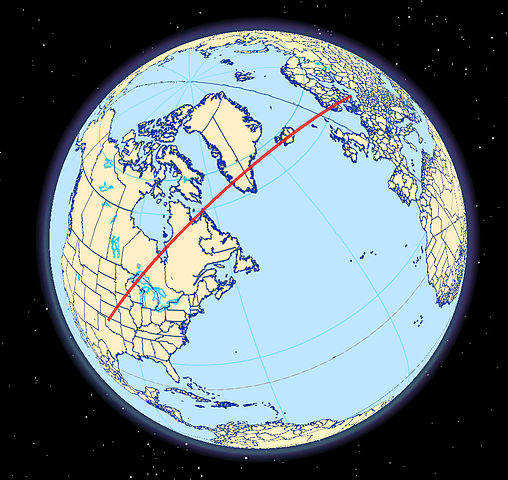 Of course the continents didn’t look like this when the meteor hit, about 467.5 million years ago.

The Cambrian explosion gets all the press, but in terms of the sheer number of new families the so-called Ordovician radiation was bigger. Most animal life was undersea at the time. This is when coral reefs and other complex ocean ecosystems came into being!

There are lots of theories that try to explain the Ordovician radiation. For example, the oxygen concentration in the atmosphere and ocean soared right before the start of the Ordovician period. More than one of these theories could be right. But it’s interesting to think about the possible influence of the Ordovician meteor event.

There were a lot of meteor impacts, but the dust may have been more important. Right now, extraterrestrial dust counts for just 1% of all dust in the Earth’s atmosphere. In the Ordovician, the amount of extraterrestial dust was 1,000 – 10,000 times greater, due to the big smash-up in the asteroid belt! This may have caused the global cooling we see in that period. The Ordovician started out hot, but by the end there were glaciers.

How could this increase biodiversity? The “intermediate disturbance hypothesis” says that biodiversity increases under conditions of mild stress. Some argue this explains the Ordovician radiation.

I’d say this is pretty iffy. But it’s sure interesting! Read more here:

Another fun question is: where are the remains of the L chondrite parent body? Could they be the asteroids in the Flora family? 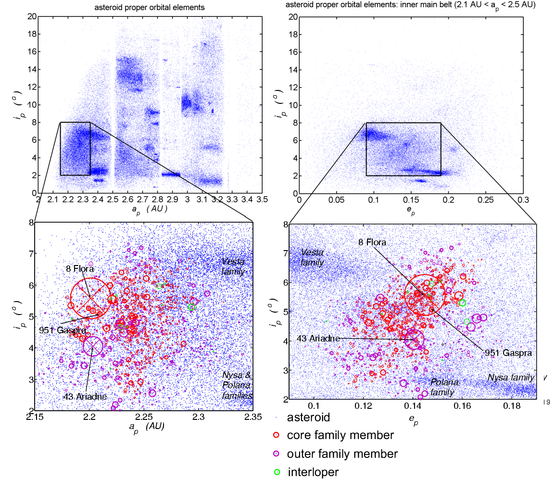 This entry was posted on Wednesday, September 25th, 2019 at 1:24 pm and is filed under astronomy, biology. You can follow any responses to this entry through the RSS 2.0 feed. You can leave a response, or trackback from your own site.