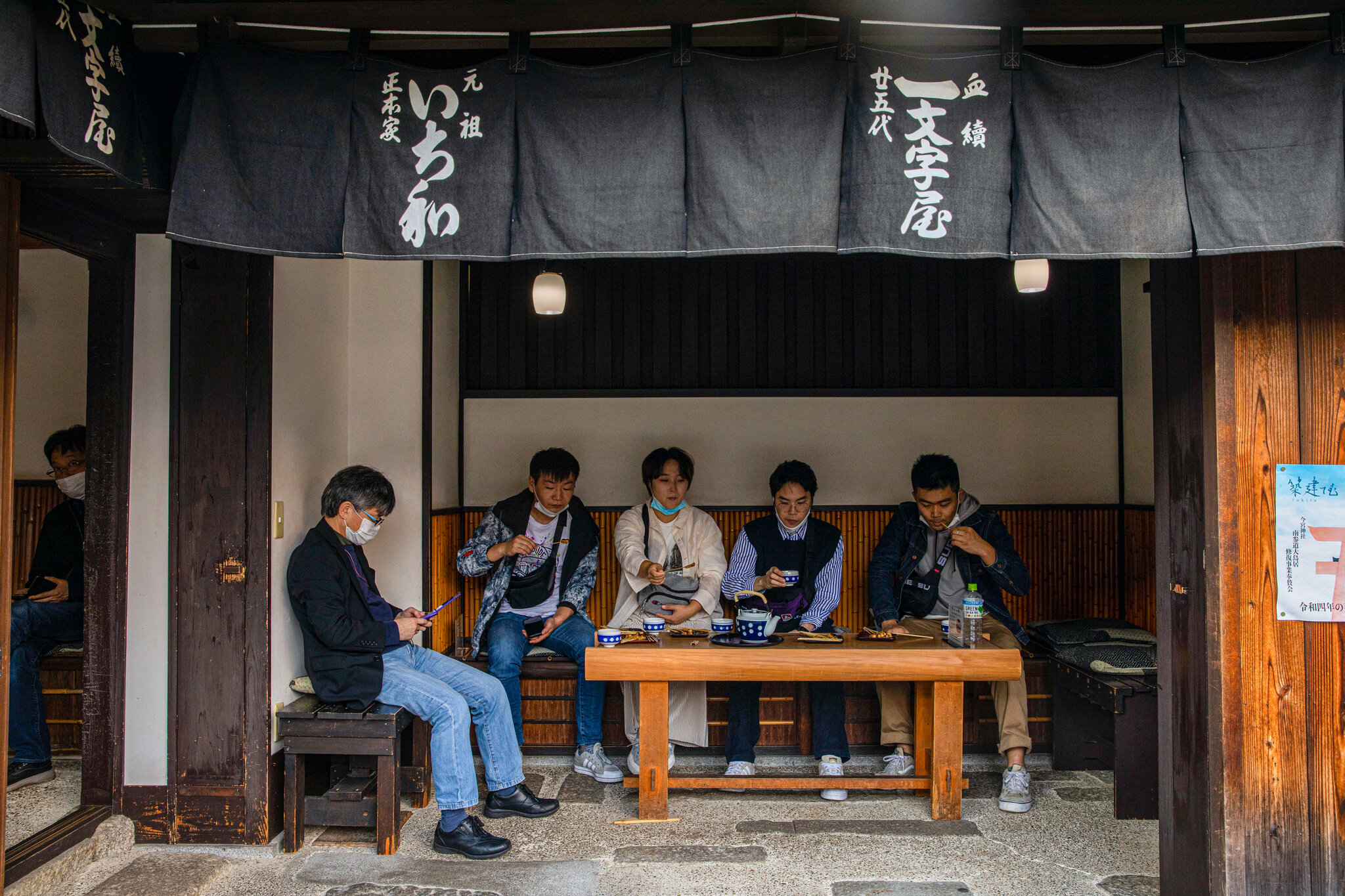 The Japanese take pride in ‘shinise’: businesses that have lasted for hundreds or even thousands of years. This points out an interesting alternative to the goal of profit maximization: maximizing the time of survival.

Such enterprises may be less dynamic than those in other countries. But their resilience offers lessons for businesses in places like the United States, where the coronavirus has forced tens of thousands into bankruptcy.

“If you look at the economics textbooks, enterprises are supposed to be maximizing profits, scaling up their size, market share and growth rate. But these companies’ operating principles are completely different,” said Kenji Matsuoka, a professor emeritus of business at Ryukoku University in Kyoto.

“Their No. 1 priority is carrying on,” he added. “Each generation is like a runner in a relay race. What’s important is passing the baton.”

Japan is an old-business superpower. The country is home to more than 33,000 with at least 100 years of history — over 40 percent of the world’s total. Over 3,100 have been running for at least two centuries. Around 140 have existed for more than 500 years. And at least 19 claim to have been continuously operating since the first millennium.

(Some of the oldest companies, including Ichiwa, cannot definitively trace their history back to their founding, but their timelines are accepted by the government, scholars and — in Ichiwa’s case — the competing mochi shop across the street.)

The businesses, known as “shinise,” are a source of both pride and fascination. Regional governments promote their products. Business management books explain the secrets of their success. And entire travel guides are devoted to them.

Of course if some businesses try to maximize time of survival, they may be small compared to businesses that are mainly trying to become “big”—at least if size is not the best road to long-term survival, which apparently it’s not. So we’ll have short-lived dinosaurs tromping around, and, dodging their footsteps, long-lived mice.

The idea of different organisms pursuing different strategies is familiar in ecology, where people talk about r-selected and K-selected organisms. The former “emphasize high growth rates, typically exploit less-crowded ecological niches, and produce many offspring, each of which has a relatively low probability of surviving to adulthood.” The latter “display traits associated with living at densities close to carrying capacity and typically are strong competitors in such crowded niches, that invest more heavily in fewer offspring, each of which has a relatively high probability of surviving to adulthood.”

And amusingly, the theory of r-selection versus K-selection may also be nearing the end of its life:

When Stearns reviewed the status of the theory in 1992, he noted that from 1977 to 1982 there was an average of 42 references to the theory per year in the BIOSIS literature search service, but from 1984 to 1989 the average dropped to 16 per year and continued to decline. He concluded that r/K theory was a once useful heuristic that no longer serves a purpose in life history theory.

• Innan Sasaki, How to build a business that lasts more than 200 years—lessons from Japan’s shinise companies, The Conversation, 6 June 2019.

Among other things, she writes:

We also found there to be a dark side to the success of these age-old shinise firms. At least half of the 17 companies we interviewed spoke of hardships in maintaining their high social status. They experienced peer pressure not to innovate (and solely focus on maintaining tradition) and had to make personal sacrifices to maintain their family and business continuity.

As the vice president of Shioyoshiken, a sweets company established in 1884, told us:

In a shinise, the firm is the same as the family. We need to sacrifice our own will and our own feelings and what we want to do … Inheriting and continuing the household is very important … We do not continue the business because we particularly like that industry. The fact that our family makes sweets is a coincidence. What is important is to continue the household as it is.

Innovations were sometimes discouraged by either the earlier family generation who were keen on maintaining the tradition, or peer shinise firms who cared about maintaining the tradition of the industry as a whole. Ultimately, we found that these businesses achieve such a long life through long-term sacrifice at both the personal and organisational level.

This entry was posted on Wednesday, December 2nd, 2020 at 6:47 pm and is filed under biology, economics. You can follow any responses to this entry through the RSS 2.0 feed. You can leave a response, or trackback from your own site.