A baryon is a particle made of 3 quarks. The most familiar are the proton, which consists of two up quarks and a down quark, and the neutron, made of two downs and an up. Baryons containing strange quarks were discovered later, since the strange quark is more massive and soon decays to an up or down quark. A hyperon is a baryon that contains one or more strange quarks, but none of the still more massive quarks.

The first hyperon be found was the Λ, or lambda baryon. It’s made of an up quark, a down quark and a strange quark. You can think of it as a ‘heavy neutron’ in which one down quark was replaced by a strange quark. The strange quark has the same charge as the down, so like the neutron the Λ is neutral.

The Λ baryon was discovered in October 1950 by V. D. Hopper and S. Biswas of the University of Melbourne: these particles produced naturally when cosmic rays hit the upper atmosphere, and they were detected in photographic emulsions flown in a balloon. Imagine discovering a new elementary particle using a balloon! Those were the good old days.

The Λ has a mean life of just 0.26 nanoseconds, but that’s actually a long time in this business. The strange quark can only decay using the weak force, which, as its name suggests, is weak—so this happens slowly compared to decays involving the electromagnetic or strong forces.

For comparison, the Δ+ baryon is made of two ups and a down, just like a proton, but it has spin 3/2 instead of spin 1/2. So, you can think of it as a ‘fast-spinning proton’. It decays very quickly via the strong force: it has a mean life of just 5.6 × 10-23 seconds! When you get used to things like this, a nanosecond seems like an eternity.

The unexpectedly long lifetime of the Λ and some other particles was considered ‘strange’, and this eventually led people to dream up a quantity called ‘strangeness’, which is not conserved, but only changed by the weak interaction, so that strange particles decay on time scales of roughly nanoseconds. In 1962 Murray Gell-Mann realized that strangeness is simply the number of strange quarks in a particle, minus the number of strange antiquarks.

A hypernucleus is nucleus containing one or more hyperons along with the usual protons and neutrons. Since nuclei are held together by the strong force, they do things on time scales of 10-23 seconds—so an extra hyperon, which lasts for many billion times longer, can be regarded as a stable particle of a new kind when you’re doing nuclear physics! It lets you build new kinds of nuclei.

One well-studied hypernucleus is the hypertriton. Remember, an ordinary triton consists of a proton and two neutrons: it’s the nucleus of tritium, the radioactive isotope of hydrogen used in hydrogen bombs, also known as hydrogen-3. To get a hypertriton, we replace one of the neutrons with a Λ. So, it consists of a proton, a neutron, and a Λ.

Hypernuclei get more interesting when they have more protons and neutrons. In a nucleus the protons form ‘shells’: due to the Pauli exclusion principle, you can only put one proton in each state. The neutrons form their own shells. So the situation is a bit like chemistry, where the electrons form shells, but now you have two kinds of shells. For example in helium-4 we have two protons, one spin-up and one spin-down, in the lowest energy level, also known as the first shell—and also two neutrons in their lowest energy level.

If you add an extra neutron to your helium-4, to get helium-5, it has to occupy a higher energy level. But if you add a hyperon, since it’s different from both the proton and neutron, it can too can occupy the lowest energy level.

Indeed, no matter how big your nucleus is, if you add a hyperon it goes straight to the lowest energy level! You can roughly imagine it as falling straight to the center of the nucleus—though everything is quantum-mechanical, so these mental images have to be taken with a grain of salt.

One reason for studying hypernuclei is that in some neutron stars, the inner core may contain hyperons! The point is that by weaseling around the Pauli exclusion principle, we can get more particles in low-energy states, producing dense forms of nuclear matter that have less energy. But nobody knows if this ‘strange nuclear matter’ is really stable. So this is an active topic of research. Hypernuclei are one of the few ways to learn useful information about this using experiments in the lab.

For a lot more, try this:

You can see some hyperons in the baryon octet, which consists of spin-1/2 baryons made of up, down and strange quarks: 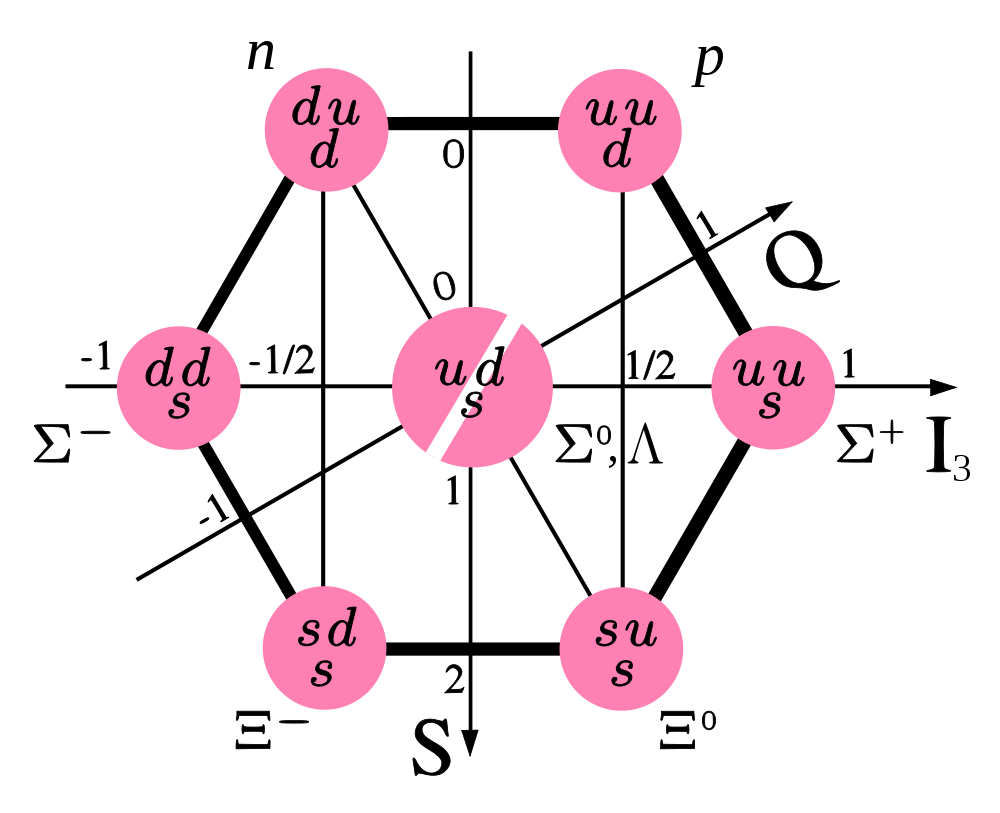 and the baryon decuplet which consists of spin-3/2 baryons made of up, down and strange quarks: 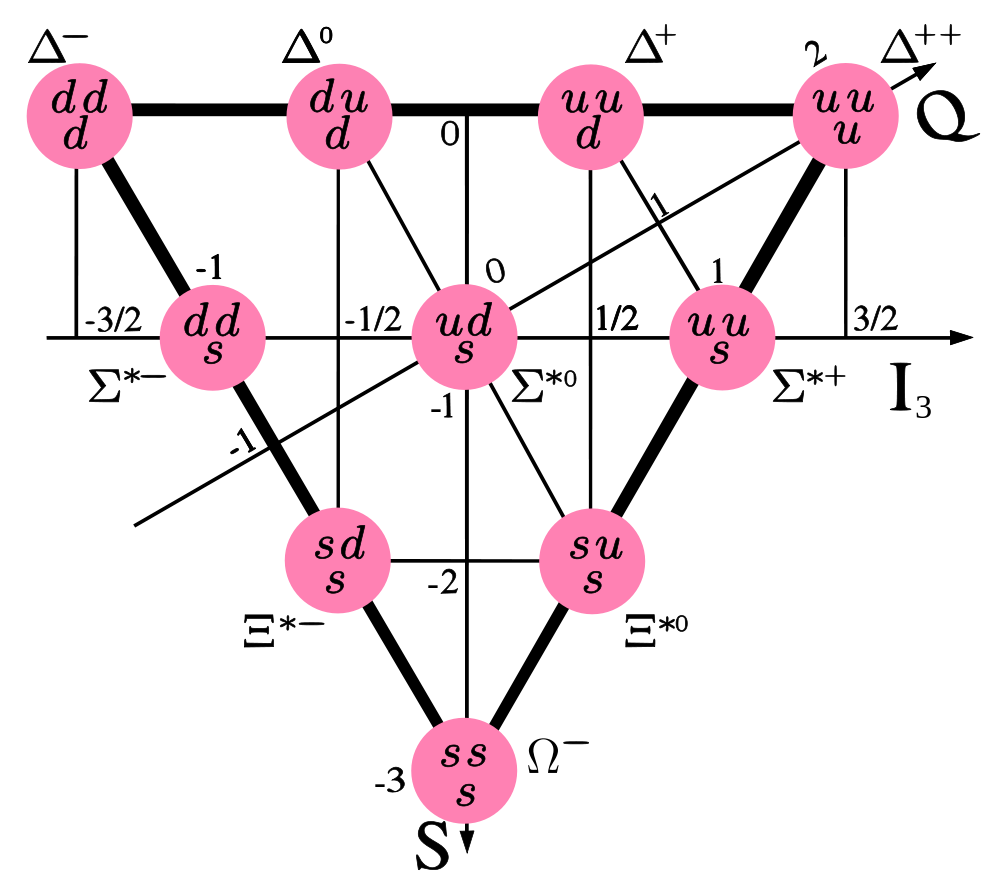 In these charts I3 is proportional to the number of up quarks minus the number of down quarks, Q is the electric charge, and S is the strangeness.

Gell-Mann and other physicists realized that mathematically, both the baryon octet and the baryon decuplet are both irreducible representations of SU(3). But that’s another tale!

This entry was posted on Saturday, March 6th, 2021 at 5:41 pm and is filed under physics. You can follow any responses to this entry through the RSS 2.0 feed. You can leave a response, or trackback from your own site.