I think of sulfur and phosphorus as clever chameleons of the periodic table: both come in many different forms, called allotropes. There’s white phosphorus, red phosphorus, violet phosphorus and black phosphorus:

and there are about two dozen allotropes of sulfur, with a phase diagram like this: 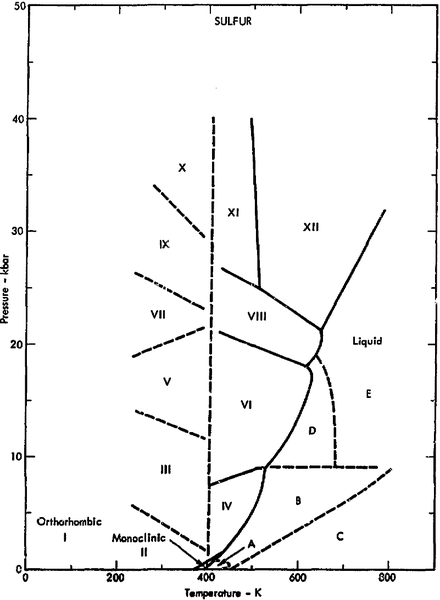 So I should have guessed that sulfur and phosphorus combine to make many different compounds. But I never thought about this until yesterday!

I’m a great fan of diamonds, not for their monetary value but for the math of their crystal structure:

In a diamond the carbon atoms do not form a lattice in the strict mathematical sense (which is more restrictive than the sense of this word in crystallography). The reason is that there aren’t translational symmetries carrying any atom to any other. Instead, there are two lattices of atoms, shown as red and blue in this picture by Greg Egan. Each atom has 4 nearest neighbors arranged at the vertices of a regular tetrahedron; the tetrahedra centered at the blue atoms are ‘right-side up’, while those centered at the red atoms are ‘upside down’.

Having thought about this a lot, I was happy to read about adamantane. It’s a compound with 10 carbons and 16 hydrogens. There are 4 carbons at the vertices of a regular tetrahedron, and 6 along the edges—but the edges bend out in such a way that the carbons form a tiny piece of a diamond crystal:

or more abstractly, focusing on the carbons and their bonds: 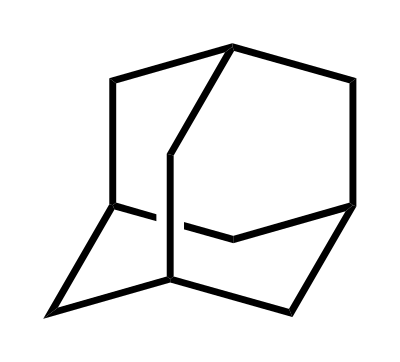 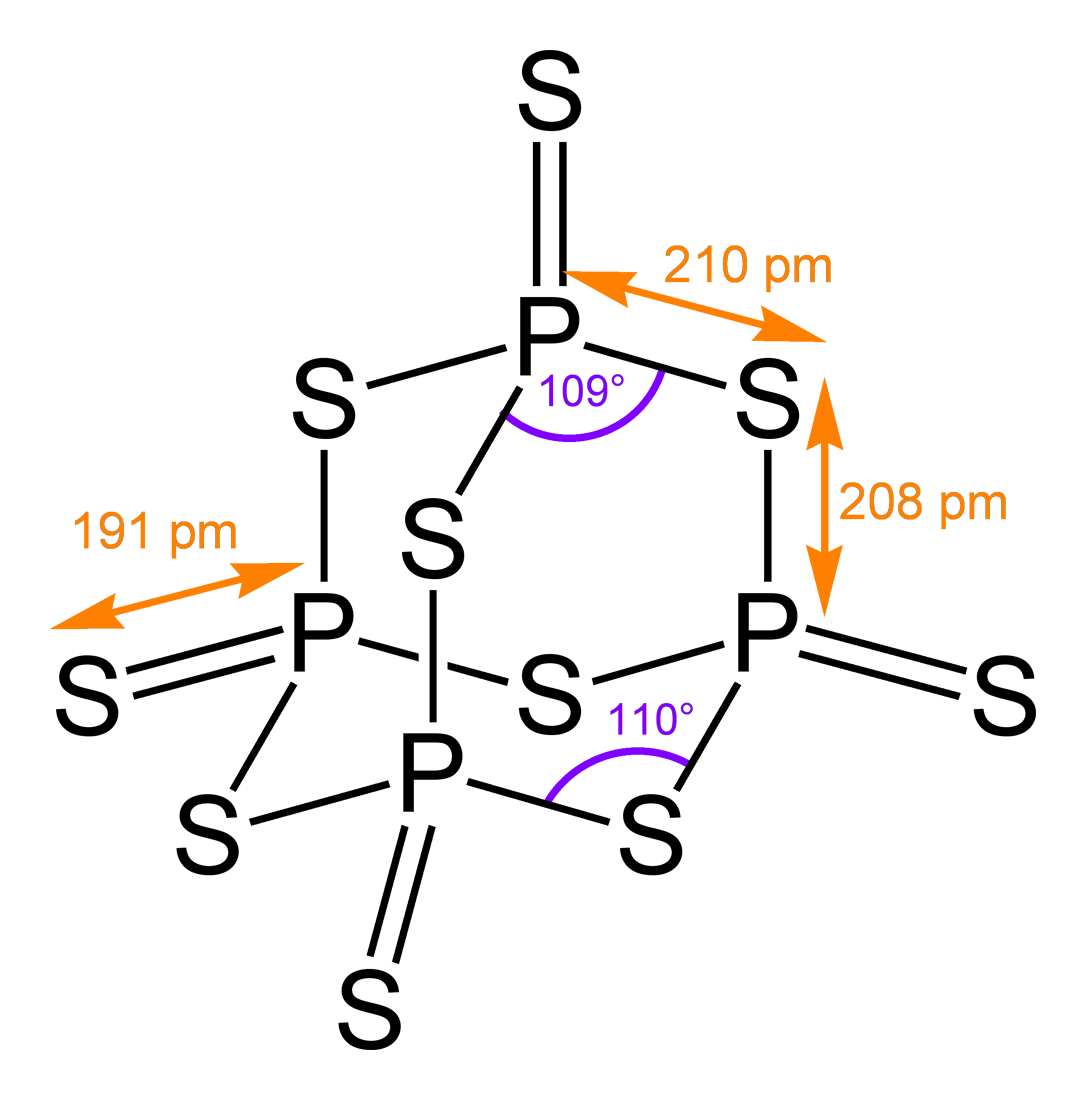 The angles deviate slightly from the value of

that we’d have in a fragment of a mathematically ideal diamond crystal, but that’s to be expected.

It turns out there are lots of other phosphorus sulfides! Here are some of them:

Puzzle 1. Why do each of these compounds have exactly 4 phosphorus atoms?

I don’t know the answer! I can’t believe it’s impossible to form phosphorus–sulfur compounds with some other number of phosphorus atoms, but the Wikipedia article containing this chart says

All known molecular phosphorus sulfides contain a tetrahedral array of four phosphorus atoms. P4S2 is also known but is unstable above −30 °C.

All these phosphorus sulfides contain at most 10 sulfur atoms. If we remove one sulfur from phosphorus decasulfide we can get this:

This is the ‘alpha form’ of P4S9. There’s also a beta form, shown in the chart above.

Some of the phosphorus sulfides have pleasing symmetries, like the
alpha form of P4S4:

or the epsilon form of P4S6:

Others look awkward. The alpha form of P4S5 is an ungainly beast:

They all seem to have a few things in common:

• There are 4 phosphorus atoms.

• Each phosphorus atom is connected to 3 or 4 atoms, at most one of which is phosphorus.

• Each sulfur atom is connected to 1 or 2 atoms, which must all be phosphorus.

Puzzle 2. Can you draw molecules obeying the 3 rules listed above that aren’t on the chart?

Of all the phosphorus sulfides, P4S10 is not only the biggest and most symmetrical, it’s also the most widely used. Humans make thousands of tons of the stuff! It’s used for producing organic sulfur compounds.

People also make P4S3: it’s used in strike-anywhere matches. This molecule is not on the chart I showed you, and it also violates one of the rules I made up: 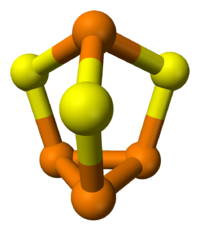 This entry was posted on Friday, May 5th, 2017 at 10:46 pm and is filed under chemistry. You can follow any responses to this entry through the RSS 2.0 feed. You can leave a response, or trackback from your own site.