Struggles with the Continuum (Part 8)

We’ve been looking at how the continuum nature of spacetime poses problems for our favorite theories of physics—problems with infinities. Last time we saw a great example: general relativity predicts the existence of singularities, like black holes and the Big Bang. I explained exactly what these singularities really are. They’re not points or regions of spacetime! They’re more like ways for a particle to ‘fall off the edge of spacetime’. Technically, they are incomplete timelike or null geodesics.

The next step is to ask whether these singularities rob general relativity of its predictive power. The ‘cosmic censorship hypothesis’, proposed by Penrose in 1969, claims they do not.

In this final post I’ll talk about cosmic censorship, and conclude with some big questions… and a place where you can get all these posts in a single file.

To say what we want to rule out, we must first think about what behaviors we consider acceptable. Consider first a black hole formed by the collapse of a star. According to general relativity, matter can fall into this black hole and ‘hit the singularity’ in a finite amount of proper time, but nothing can come out of the singularity.

The time-reversed version of a black hole, called a ‘white hole’, is often considered more disturbing. White holes have never been seen, but they are mathematically valid solutions of Einstein’s equation. In a white hole, matter can come out of the singularity, but nothing can fall in. Naively, this seems to imply that the future is unpredictable given knowledge of the past. Of course, the same logic applied to black holes would say the past is unpredictable given knowledge of the future. 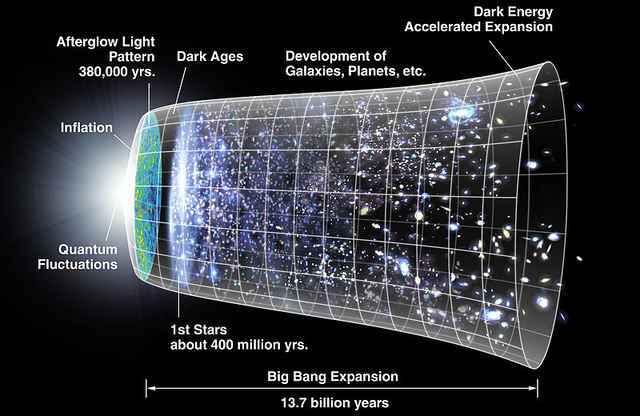 If white holes are disturbing, perhaps the Big Bang should be more so. In the usual solutions of general relativity describing the Big Bang, all matter in the universe comes out of a singularity! More precisely, if one follows any timelike geodesic back into the past, it becomes undefined after a finite amount of proper time. Naively, this may seem a massive violation of predictability: in this scenario, the whole universe ‘sprang out of nothing’ about 14 billion years ago.

However, in all three examples so far—astrophysical black holes, their time-reversed versions and the Big Bang—spacetime is globally hyperbolic. I explained what this means last time. In simple terms, it means we can specify initial data at one moment in time and use the laws of physics to predict the future (and past) throughout all of spacetime. How is this compatible with the naive intuition that a singularity causes a failure of predictability?

For any globally hyperbolic spacetime

one can find a smoothly varying family of Cauchy surfaces

) such that each point of

lies on exactly one of these surfaces. This amounts to a way of chopping spacetime into ‘slices of space’ for various choices of the ‘time’ parameter

before it becomes undefined. Similarly, for a white hole or the Big Bang, the singularity is in the past of all these surfaces. In either case, the singularity cannot interfere with our predictions of what occurs in spacetime.

A more challenging example is posed by the Kerr–Newman solution of Einstein’s equation coupled to the vacuum Maxwell equations. When

this solution describes a rotating charged black hole with mass

However, an electron violates this inequality. In 1968, Brandon Carter pointed out that if the electron were described by the Kerr–Newman solution, it would have a gyromagnetic ratio of

much closer to the true answer than a classical spinning sphere of charge, which gives

this solution gives a spacetime that is not globally hyperbolic: it has closed timelike curves! It also contains a ‘naked singularity’. Roughly speaking, this is a singularity that can be seen by arbitrarily faraway observers in a spacetime whose geometry asymptotically approaches that of Minkowski spacetime. The existence of a naked singularity implies a failure of global hyperbolicity.

The cosmic censorship hypothesis comes in a number of forms. The original version due to Penrose is now called ‘weak cosmic censorship’. It asserts that in a spacetime whose geometry asymptotically approaches that of Minkowski spacetime, gravitational collapse cannot produce a naked singularity.

In 1991, Preskill and Thorne made a bet against Hawking in which they claimed that weak cosmic censorship was false. Hawking conceded this bet in 1997 when a counterexample was found. This features finely-tuned infalling matter poised right on the brink of forming a black hole. It almost creates a region from which light cannot escape—but not quite. Instead, it creates a naked singularity!

Given the delicate nature of this construction, Hawking did not give up. Instead he made a second bet, which says that weak cosmic censorshop holds ‘generically’ — that is, for an open dense set of initial conditions.

In 1999, Christodoulou proved that for spherically symmetric solutions of Einstein’s equation coupled to a massless scalar field, weak cosmic censorship holds generically. While spherical symmetry is a very restrictive assumption, this result is a good example of how, with plenty of work, we can make progress in rigorously settling the questions raised by general relativity.

Indeed, Christodoulou has been a leader in this area. For example, the vacuum Einstein equations have solutions describing gravitational waves, much as the vacuum Maxwell equations have solutions describing electromagnetic waves. However, gravitational waves can actually form black holes when they collide. This raises the question of the stability of Minkowski spacetime. Must sufficiently small perturbations of the Minkowski metric go away in the form of gravitational radiation, or can tiny wrinkles in the fabric of spacetime somehow amplify themselves and cause trouble—perhaps even a singularity? In 1993, together with Klainerman, Christodoulou proved that Minkowski spacetime is indeed stable. Their proof fills a 514-page book.

In 2008, Christodoulou completed an even longer rigorous study of the formation of black holes. This can be seen as a vastly more detailed look at questions which Penrose’s original singularity theorem addressed in a general, preliminary way. Nonetheless, there is much left to be done to understand the behavior of singularities in general relativity.

We can answer these questions, but only with hard work. Is this a sign that we are somehow on the wrong track? Is the continuum as we understand it only an approximation to some deeper model of spacetime? Only time will tell. Nature is providing us with plenty of clues, but it will take patience to read them correctly.

To delve deeper into singularities and cosmic censorship, try this delightful book, which is free online:

To read this whole series of posts in one place, with lots more references and links, see:

• John Baez, Struggles with the continuum.

This entry was posted on Sunday, September 25th, 2016 at 1:00 am and is filed under mathematics, physics. You can follow any responses to this entry through the RSS 2.0 feed. You can leave a response, or trackback from your own site.

37 Responses to Struggles with the Continuum (Part 8)