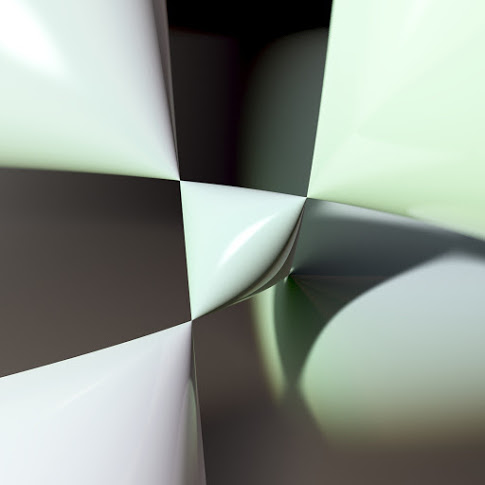 I can’t help thinking about geometric quantization. I feel it holds some lessons about the relation between classical and quantum mechanics that we haven’t fully absorbed yet. I want to play my cards fairly close to my chest, because there are some interesting ideas I haven’t fully explored yet… but still, there are also plenty of ‘well-known’ clues that I can afford to explain.

The first one is this. As beginners, we start by thinking of geometric quantization as a procedure for taking a symplectic manifold and constructing a Hilbert space: that is, taking a space of classical states and contructing the corresponding space of quantum states. We soon learn that this procedure requires additional data as its input: a symplectic manifold is not enough. We learn that it works much better to start with a Kähler manifold equipped with a holomorphic hermitian line bundle with a connection whose curvature is the imaginary part of the Kähler structure. Then the space of holomorphic sections of that line bundle gives the Hilbert space we seek.

That’s quite a mouthful—but it makes for such a nice story that I’d love to write a bunch of blog articles explaining it with lots of examples. Unfortunately I don’t have time, so try these:

To reach this realization, we must admit that quantum states are not really vectors in a Hilbert space

; from a certain point of view they are really 1-dimensonal subspaces of a Hilbert space, so the set of quantum states I’m talking about is the projective space

But this projective space, at least when it’s finite-dimensional, turns out to be the simplest example of that complicated thing I mentioned: a Kähler manifold equipped with a holomorphic hermitian line bundle whose curvature is the imaginary part of the Kähler structure!

So a space of quantum states is an example of a space of classical states—equipped with precisely all the complicated extra structure that lets us geometrically quantize it!

At this point, if you don’t already know the answer, you should be asking: and what do we get when we geometrically quantize it?

The answer is exciting only in that it’s surprisingly dull: when we geometrically quantize

we get back the Hilbert space

The story I’m telling now is different. I’m saying that when we take a quantum system with Hilbert space

but then we can geometrically quantize this and get

The two stories are not in contradiction, because they rely on two different notions of what it means to ‘think of a quantum system as classical’. In today’s story that means getting a symplectic manifold

from a Hilbert space

In the other story we use the fact that

itself is a symplectic manifold!

I should explain the relation of these two stories, but that would be a big digression from today’s intended blog article: indeed I’m already regretting having drifted off course. I only brought up this other story to heighten the mystery I’m talking about now: namely, that when we geometrically quantize the space

The math is not mysterious here; it’s the physical meaning of the math that’s mysterious. The math seems to be telling us that contrary to what they say in school, quantum systems are special classical systems, with the special property that when you quantize them nothing new happens!

This idea is not mine; it goes back at least to Kibble, the guy who with Higgs invented the method whereby the Higgs boson does its work:

This led to a slow, quiet line of research that continues to this day. I find this particular paper especially clear and helpful:

so if you’re wondering what the hell I’m talking about, this is probably the best place to start. To whet your appetite, here’s the abstract:

Abstract. States of a quantum mechanical system are represented by rays in a complex Hilbert space. The space of rays has, naturally, the structure of a Kähler manifold. This leads to a geometrical formulation of the postulates of quantum mechanics which, although equivalent to the standard algebraic formulation, has a very different appearance. In particular, states are now represented by points of a symplectic manifold (which happens to have, in addition, a compatible Riemannian metric), observables are represented by certain real-valued functions on this space and the Schrödinger evolution is captured by the symplectic flow generated by a Hamiltonian function. There is thus a remarkable similarity with the standard symplectic formulation of classical mechanics. Features—such as uncertainties and state vector reductions—which are specific to quantum mechanics can also be formulated geometrically but now refer to the Riemannian metric—a structure which is absent in classical mechanics. The geometrical formulation sheds considerable light on a number of issues such as the second quantization procedure, the role of coherent states in semi-classical considerations and the WKB approximation. More importantly, it suggests generalizations of quantum mechanics. The simplest among these are equivalent to the dynamical generalizations that have appeared in the literature. The geometrical reformulation provides a unified framework to discuss these and to correct a misconception. Finally, it also suggests directions in which more radical generalizations may be found.

One rather cynical thought is this: when we start our studies with geometric quantization, we naively hope to extract a space of quantum states from a space of classical states, e.g. a symplectic manifold. But we then discover that to do this in a systematic way, we need to equip our symplectic manifold with lots of bells and whistles. Should it really be a surprise that when we’re done, the bells and whistles we need are exactly what a space of quantum states has?

I think this indeed dissolves some of the mystery. It’s a bit like the parable of ‘stone soup’: you can make a tasty soup out of just a stone… if you season it with some vegetables, some herbs, some salt and such.

However, perhaps because by nature I’m an optimist, I also think there are interesting things to be learned from the tight relation between quantum and classical mechanics that appears in geometric quantization. And I hope to talk more about those in future articles.

This entry was posted on Saturday, December 1st, 2018 at 8:38 pm and is filed under mathematics, physics. You can follow any responses to this entry through the RSS 2.0 feed. You can leave a response, or trackback from your own site.