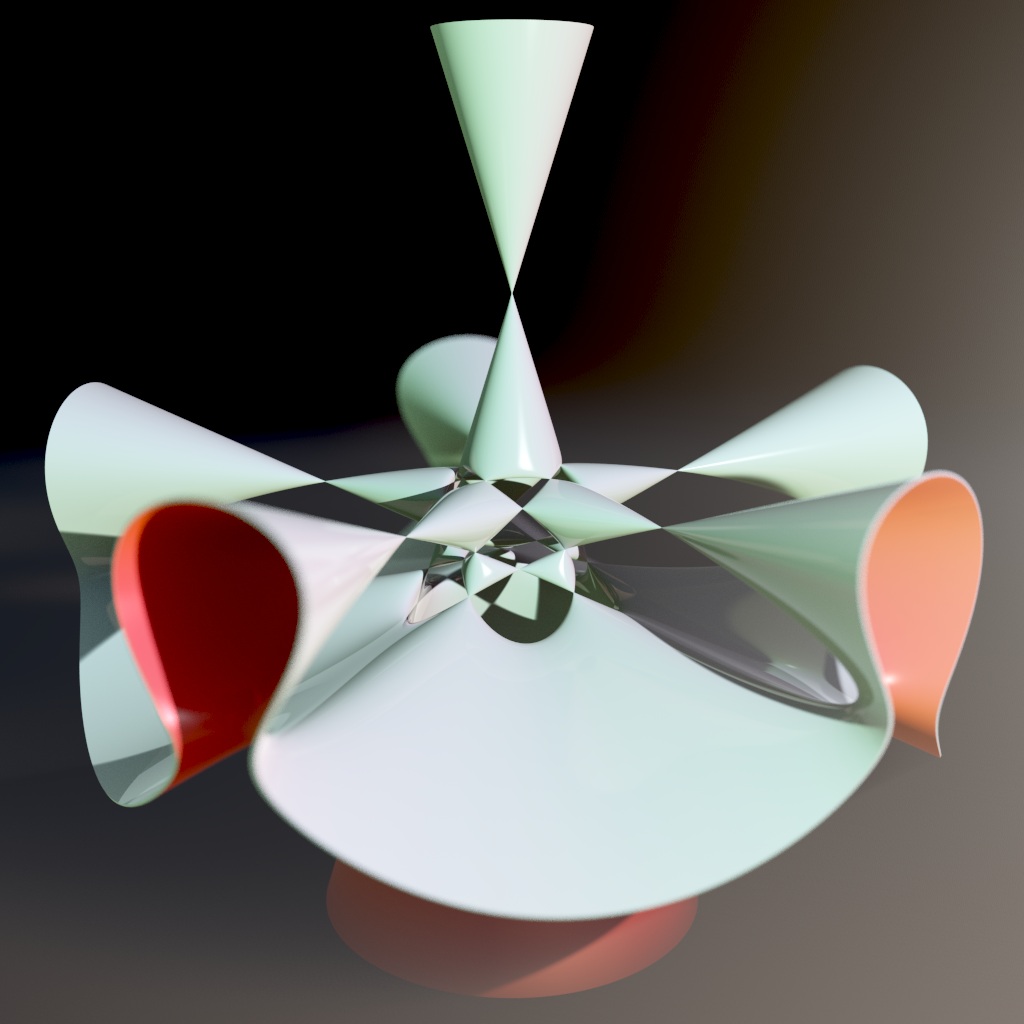 So, it’s probably better to admit that ‘quantizing a classical system’ is not a real thing. More precisely—because people will rightly object to that over-bold statement—there’s no systematic procedure that takes us all the way from the mathematical structures used to describe a large class of classical systems to those used to describe quantum systems, with no further inputs required. Sure, we can make quantization more systematic by limiting the class of systems it’s supposed to handle. We can also make it more systematic by having it do less: for example, just prequantization instead of full-fledged quantization. Both those options have been explored for many decades. Let’s instead try something new.

For starters, let’s accept the fact that the world was not created classically by God on the first day and quantized on the second.

The world is quantum; under some conditions it looks approximately classical. So instead of treating the lack of a purely functorial quantization procedure for symplectic manifolds as a failure, let’s accept it and try some new ways of thinking about the meaning of geometric quantization.

To make things specific, let’s consider Kähler quantization. Here we start not with a raw symplectic manifold, but much more. For starters, we take a Kähler manifold, which is a smooth manifold

equipped with a beautiful trio of structures:

fitting together in a way that obeys this equation:

whenever we have two tangent vectors

at any point of

This equation says how any two of

are enough to determine the third.

gives the operation of multiplication by

on each tangent space, and

gives the real part of the inner product on each tangent space.

says that the imaginary part of the inner product of

equals the real part of the inner product of

If Kähler quantization were a systematic procedure for extracting a Hilbert space from a Kähler manifold, these facts would lead us to a clear view of what this procedure is doing. Namely, it’s taking a general Kähler manifold and ‘flattening it out’ in a very clever way, producing a Hilbert space. Perhaps a better word than ‘flattening’ would be ‘linearizing’, since this emphasizes the all-important linearity built into quantum mechanics.

Something like this is true—but it can’t be the whole story, because Kähler quantization requires more input than a mere Kähler manifold to produce a Hilbert space! We also need a complex line bundle

rather, they will be (nice) sections of this line bundle.

It would be nice to understand this in a deeply physical way. For example, we might try to insist that the ‘true’ space of classical states is not the manifold

but something with one extra dimension built from this line bundle

However, even taking our Kähler manifold

and this complex line bundle

over it as input is not enough to systematically construct the long-sought Hilbert space. We need more!

with a connection whose curvature is

This is our way of making

compatible with the symplectic structure on

We need this even for prequantization: it lets us turn smooth functions on

(‘classical observables’) into operators on the space of sections of

with the structure of a holomorphic line bundle. This is our way of making

compatible with the complex structure on

We need this to cut down the big vector space obtained in prequantization to a smaller one: the space of holomorphic sections of

with the structure of a hermitian line bundle. I would like to say this is our way of making

compatible with the Riemannian structure on

since that would make everything very symmetrical—but it doesn’t seem correct! Instead, we need this to put an inner product on the space of holomorphic sections of

so we can get a Hilbert space.

All this must sound like a real slag-heap of mathematics, if you’re not already in love with it! It’s beautiful when you get to know it, especially when you look at examples. But I find it difficult to motivate everything on physical grounds, and I also find it a bit difficult to keep track of all these interacting structures.

So, next time I’ll present a simplified version of geometric quantization, where we throw out most of these structures and keep only enough to get a complex vector space, not a complex Hilbert space. In fact I’ll throw out the symplectic and Riemannian structures on our manifold

and only keep the complex structure! This is pretty heretical from the viewpoint of physics, but in fact it’s quite standard in mathematics. Indeed, I don’t want to get your hopes up too much: if you know some algebraic geometry, you should find most of what I say quite familiar. But I think this is a good way to get started on setting up a pair of adjoint functors: ‘quantization’ and the reverse process I mentioned last time: ‘projectivization’.

Since I’ve got your ear, let me ask a question. Suppose we have a holomorphic hermitian line bundle

on a Kähler manifold

. I can think of three ways in which a connection

can be compatible with all this structure:

1) We can demand that the curvature of the connection

2) We can demand that the connection

be compatible with the holomorphic structure of

Let me spell this out a little. Since

is a holomorphic line bundle there’s a

operator that we can apply to any section of

-valued (0,1)-form, meaning that written out in holomorphic complex coordinates

terms. On the other had, we can use the connection

to take the covariant derivative of

Then, we can demand that these agree:

3) We can demand that the connection

be hermitian. This means that the directional derivative of the inner product of two sections of

for any vector field

I’m confused by when we can find a connection obeying all three of these conditions. Here are some things I know.

First, any holomorphic hermitian line bundle has a unique connection obeying 2) and 3). This is called the Chern connection and its construction is actually given here:

Does this connection also obey 1)? I see no reason why, in general: condition 1) involves the symplectic structure on

Second, we can find a connection obeying 1) iff

represents, in de Rham cohomology, the Chern class of the line bundle

for which this is true.

But as you can see, my understanding of how conditions 1)-3) interact is rather weak. I feel I should have seen this spelled out carefully in a book on geometric quantization—but I don’t think I have.

This entry was posted on Wednesday, December 26th, 2018 at 3:14 am and is filed under mathematics, physics. You can follow any responses to this entry through the RSS 2.0 feed. You can leave a response, or trackback from your own site.