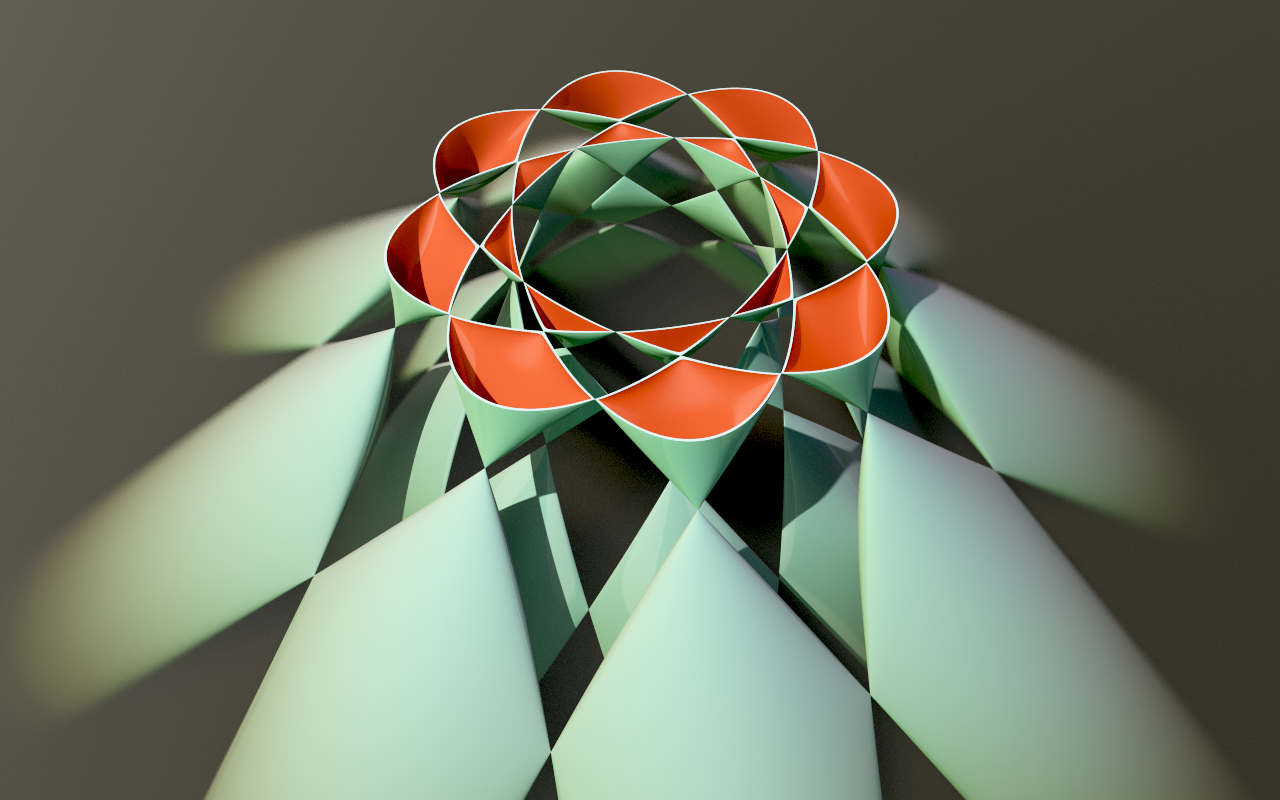 Let’s start with a puzzle:

Puzzle. You measure the energy and frequency of some laser light trapped in a mirrored box and use quantum mechanics to compute the expected number of photons in the box. Then someone tells you that you used the wrong value of Planck’s constant in your calculation. Somehow you used a value that was twice the correct value! How should you correct your calculation of the expected number of photons?

I’ll give away the answer to the puzzle below, so avert your eyes if you want to think about it more.

This scenario sounds a bit odd—it’s not very likely that your table of fundamental constants would get Planck’s constant wrong this way. But it’s interesting because once upon a time we didn’t know about quantum mechanics and we didn’t know Planck’s constant. We could still give a reasonably good description of some laser light trapped in a mirrored box: there’s a standing wave solution of Maxwell’s equations that does the job. But when we learned about quantum mechanics we learned to describe this situation using photons. The number of photons we need depends on Planck’s constant.

Here’s the answer to the puzzle: if you halve Planck’s constant you need to double the number of photons. The reason is that the energy of a photon with frequency

So, to get a specific total energy

in our box of light of a given frequency, we need

So, the classical limit is also the limit where the expected number of photons goes to infinity! As the ‘packets of energy’ get smaller, we need more of them to get a certain amount of energy.

This has a nice relationship to what I’d been doing with geometric quantization last time.

I explained how we could systematically replace any classical system considering by a ‘cloned’ version of that system: a collection of identical copies constrained to all lie in the same state. The set of allowed states is the same, but the symplectic structure is multiplied by a constant factor: the number of copies. We can see this as follows: if the phase space of our system is an abstract symplectic manifold

is again a symplectic manifold. We can look at the image of the diagonal embedding

The image is a symplectic submanifold of

and it’s diffeomorphic to

is not a symplectomorphism from

to its image. The image has a symplectic structure that’s k times bigger!

What does this mean for physics?

If we act like physicists instead of mathematicians for a minute and keep track of units, we’ll notice that the naive symplectic structure in classical mechanics has units of action: think

. Planck’s constant also has units of action, so to get a dimensionless version of the symplectic structure, we should use

Then it’s clear that multiplying the symplectic structure by k is equivalent to dividing Planck’s constant by k!

So: cloning a system, multiplying the number of copies by k, should be related to dividing Planck’s constant by k. And the limit

should be related to a ‘classical limit’.

Of course this would not convince a mathematician so far, since I’m using a strange mix of ideas from classical mechanics and quantum mechanics! But our approach to geometric quantization makes everything precise. We have a category

of classical systems, a category

of quantum systems, a quantization functor

and a functor going back:

Our classical systems are more than mere symplectic manifolds: they are projectively normal subvarieties of

for arbitrary n. So, we clone a classical system by a trick that looks more fancy than the diagonal embedding I mentioned above: we instead use the kth Veronese embedding, which defines a functor

But this cloning process has the same effect on the underlying symplectic manifold: it multiplies the symplectic structure by k.

Similarly, we clone a quantum system by replacing its set of states

(the projectivization of the Hilbert space

is the kth symmetric power. This gives a functor

and the ‘obvious squares commute’:

All I’m doing now is giving this math a new physical interpretation: the k-fold cloning process is the same as dividing Planck’s constant by k!

As explained in Part 6, we can reinterpret this as a state of a single spin-k/2 particle.

This entry was posted on Monday, January 21st, 2019 at 2:25 am and is filed under mathematics, physics. You can follow any responses to this entry through the RSS 2.0 feed. You can leave a response, or trackback from your own site.